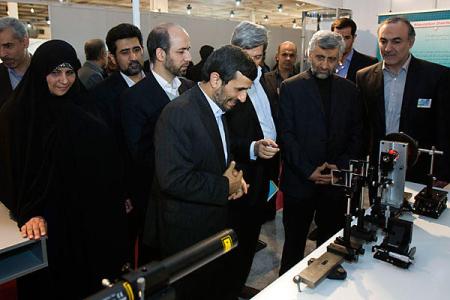 The element written by the first group, which was activated after Stuxnet reached its target and is known as the “payload”, is very complex, well designed and effective, according to Mr Parker’s analysis. He believes this is evidence of the involvment of a major Western power or powers – potentially including Britain – because they have both the scarce cyber expertise, and access to the tightly-regulated nuclear equipment necessary to test the virus. Telegraph

Scott Borg of the United States Cyber-Consequences Unit suggested that Israel might prefer to mount a cyber-attack rather than a military strike on Iran’s nuclear facilities. According to Borg this kind of attack could involve disrupting sensitive equipment such as centrifuges using malware introduced via infected memory sticks: “Since the autumn of 2002, I have regularly predicted that this sort of cyber-attack tool would eventually be developed. Israel certainly has the ability to create Stuxnet and there is little downside to such an attack, because it would be virtually impossible to prove who did it. So a tool like Stuxnet is Israel’s obvious weapon of choice.” Wikipedia

This entry was posted on Monday, January 24th, 2011 at 6:44 am and is filed under News. You can follow any responses to this entry through the RSS 2.0 feed. You can leave a response, or trackback from your own site.